Making Sense of the Two-Sample T-Test

The two-sample t-test is one of the most commonly used hypothesis tests in Data Analytics or Lean Six Sigma work. The two-sample t-test offers the statistics for comparing average of two groups and identify whether the groups are really significantly different or if the difference is due instead to random chance. 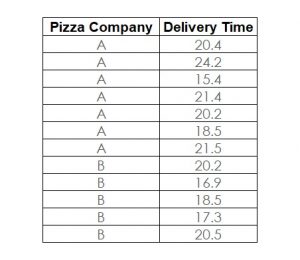 Here is an example starting with the absolute basics of the two-sample t-test. The question is, whether there is a significant (or only random) difference in the average cycle time to deliver a pizza from Pizza Company A vs. Pizza Company B. Figure 1 shows the data collected from a sample of deliveries of Company A and Company B.

To perform this test, the following steps must be taken: 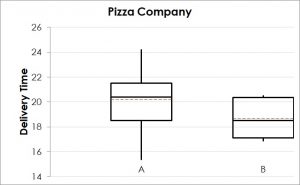 For any statistical application, it is essential to combine it with a graphical representation of the data. Several tools are available for this purpose. They include the popular stratified histogram, dotplot or boxplot.

The boxplot in Figure 2 shows that the delivery time for Pizza Company B seems to be lower than for A. However, there is a certain degree of overlap between the two data sets. Therefore, based on this plot, it is risky to draw a conclusion that there is a significant (i.e. statistically proven) difference between the average delivery time of the two companies. A statistical test can help to calculate the risk for this decision.

2. Formulate the Hypothesis for Two-Sample t-Test

with μA and μB being the population means of both companies. 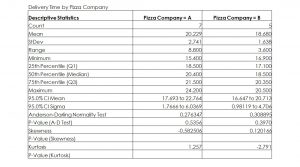 Figure 3: Descriptive Statistics for both Samples

If there is a need for comparing two means, the popular test for this situation is the two-sample t-test or Student’s t-test.

Finally, the only prerequisite for the application of the two-sample t-test is that data needs to be normal. Therefore, we have drawn the descriptive statistics for both samples (company A and company B). 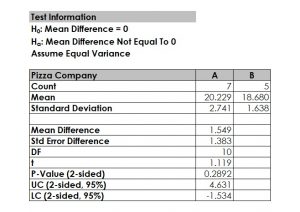