In the Lean Six Sigma CONTROL phase, measures will be developed and implemented that target on ensuring the long-term sustainability of process changes that have been implemented during IMPROVE.

The principal task of the Lean Six Sigma CONTROL phase is sustaining the gains.

The goal of this step is to monitor the project results and to assure them in the long term, as well as to take appropriate measures to ensure a continuous improvement of the process. Also, the process is given over to the process owners, and the project is concluded.

Both, technical processes and service processes, must be supervised and controlled. Before installing supervisory systems, a decision must be taken about the indicators that are to be included. These indicators can basically be classified into two categories.

The first category is made up of the so-called lagging indicators, which show a result or a trend at the end of a process. Finance indicators usually have a delayed action, since the process was already executed, when the finances can be observed. This type of indicators can be used only in the long term, but not in the short term, for process control.

The second category consists of the so-called leading indicators, which provide data during the execution of the process about the result to be expected, before concluding the process. Thus, such indicators are much better to be used for a short-term process control.

Often, the project result variables Y can be classified as lagging indicators, while the causes X are usually leading indicators. Therefore, when selecting the indicators to be used for the process supervision, you should start by reviewing the error causes X. Obviously it is convenient to also include the result variables Y. A process supervision system consists of the following elements:

Apart from the process management plan, which serves mainly for the short-term process regulation and only allows snapshots of the process status, it is necessary to set up a control system that is effective in the long term. The basis for this control system allows a representation of important process indicators as a function of time. With it, using simple rules, patterns in the process variables can be seen, which point to systematic changes such as shifts, trends, or outliers.

For these tasks, control charts have proven themselves; they have been used in manufacturing and service processes alike. Compared with a process diagram, they have the decisive advantage that they support the interpretation of alleged patterns in the course of the process.

In principle there are quality control charts for continuous and discrete measurement parameters, so that almost any repeating process can be supervised with their use, and if necessary corrected, i.e. controlled.

From the variety of control charts, the ones most commonly used are

Other control charts are available for special applications like high-volume production processes. 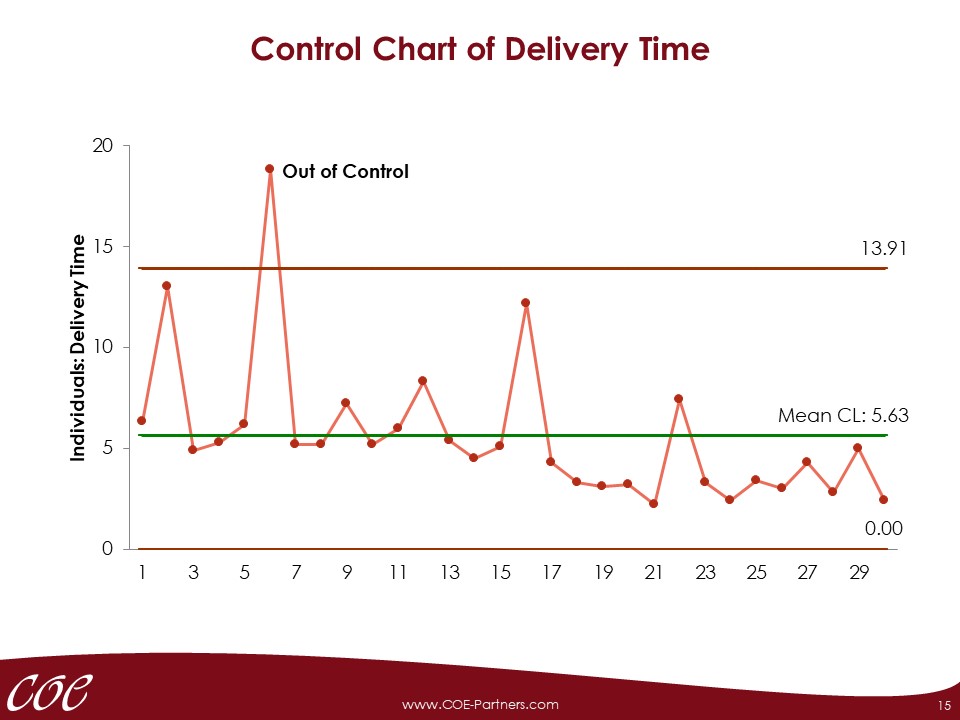 Here, the same tools can be used that were already used to identify significant drivers for the problems. From the tools mentioned in the ANALYSE phase.

A Lean Six Sigma Project is not yet completed when the solutions are implemented. The team has the task of demonstrating the effectiveness of the solutions, as explained earlier. The time required for the demonstration depends on the throughput time of the process that is being considered.

For example, in a blood donation central with several hundreds of donors per day, process changes can be statistically demonstrated after a few days.

The effectiveness of improvements in a recruiting process, on the other hand, can only be demonstrated after a longer time, since there are probably only a few new hires per month; and besides, the process takes a few weeks. In this case, data from several months are required to be able to demonstrably be able to claim that the process was improved and that it is stable. 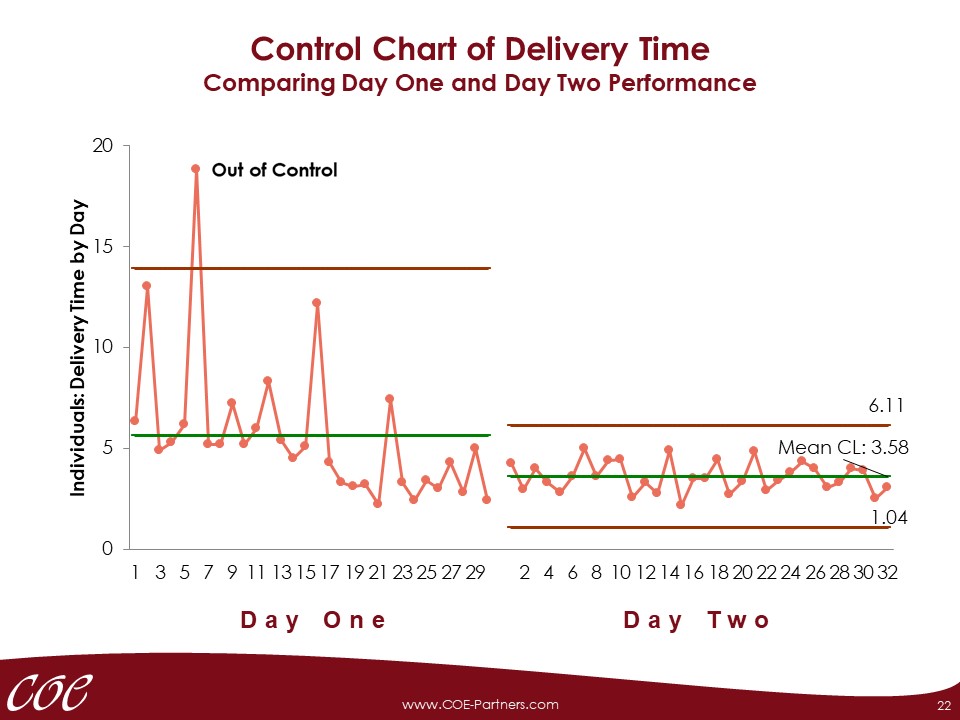 Only then is it possible to consider the project to be successful, and to hand the responsibility over to the process owner. This handing over should include:

The conclusion of the project should be done in a dignified setting, and award the work of the team.

For instance, all projects of a multinational enterprise are presented to the worldwide CEO once a year during a so-called Gallery Walks; the CEO listens to the explanations from each individual belt. For many belts, this project conclusion activity is the only chance to be with the “boss” on some occasion.

The project conclusion should answer the following questions:

This phase has the following deliverables: