Spending, apart from capital investments, tends to grow a little faster then organisations in most cases. Left unchecked firms face a ‘mid-life’ crisis where working capital is stretched to levels requiring borrowings incurring heavier and heavier finance costs. This is often bringing down the Procure to Pay cycle.

A lack of policies guarding the growth of spend is often an underlying cause. Naturally, many other factors come into play as well – an extreme focus on growth, inorganic growth (M&As), lack of standardization for spend reviews, infrequent and irregular supplier reviews, poor supplier maintenance, spend policy over-riding behaviour or a ‘just get it done now’ (covered as maverick spend in an earlier article) culture among others 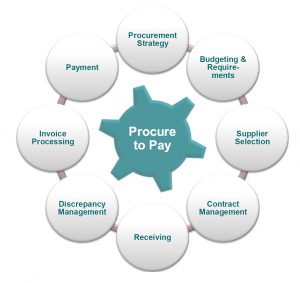 A strong spend policy put in place for both core and non-core spend that governs both buying behaviour as well as spending limits encourages stable growth of spend as an organisation grows. The requirement to ‘just get things done by hook or by crook’ often played out in the earlier growth phases of any commercial undertaking should be steadily replaced by regulatory equivalents covering especially: 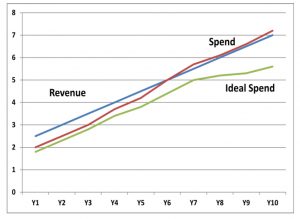 Policies together with a rigorous procedure to ensure adherence forms the major key to achieving a state of ‘ideal spend’ where as the business grows, again barring capital expenditures, the margins from running the business increases. While applicable primarily to larger firms with multiple cost centres the same principles apply to small and medium sized enterprises in efforts to gain this critical core competency every firm should possess.

Benefits of this program will show up in an organisational capability to effectively manage spend. For a large retailer with $5 bn of spend some $200 m were recovered from terms corrections, extensions, standardization and process improvement within 8 months of program implementation. A further $150m was liberated by contract negotiation spanning a 15 month period.